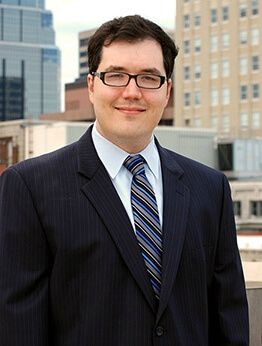 Kansas City personal injury lawyer Andrew C. Schendel is a local resident and was born and raised in Overland Park, Kansas. He obtained a bachelor’s degree in criminal justice from Michigan State University. Andrew then attended the University of Kansas Law School, where he participated in the Paul E. Wilson Defender Project, in which he wrote appeals for incarcerated clients.

Andrew became a personal injury lawyer because he doesn't want to see bullies take advantage of others; he loves fighting for the underdog. He firmly believes that hard work and dedication can overcome all the resources insurance companies spend to avoid compensating injured people.

Andrew began working in the personal injury field as a law clerk in 2007. He joined Castle Law in 2008, and has represented car accident victims, those with slip and fall injuries, and other personal injury cases in Kansas City ever since.