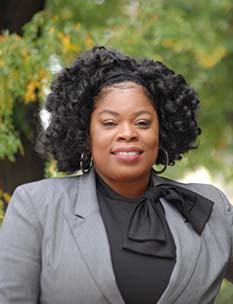 Dewanna was born and raised in rural mid-Missouri. She obtained her Bachelor of Science in Criminal Justice with an emphasis in Legal Studies from Missouri Western State University in 2002. After years of working as a paralegal, she attended the University of Missouri- Kansas City School of Law, where she received her Juris Doctorate in 2011.

Dewanna began her legal career after undergrad working as a Debtor’s Bankruptcy paralegal and later transitioned to an associate attorney working on creditor’s rights, landlord/tenant issues as well as other Plaintiff’s cases. Her true passion; however, is to help others, and she is proud to be back at the place where she started her career over 17 years ago, Castle Law Office of Kansas City.